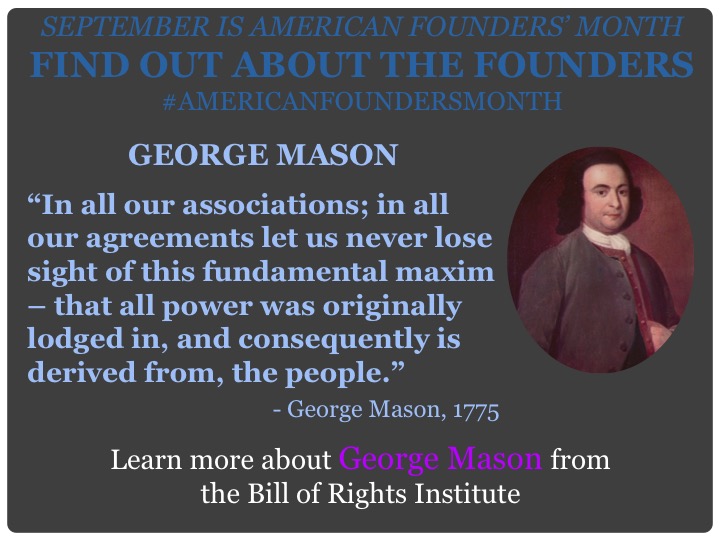 It's American Founders' Month in Florida. Today, on the last day of Freedom Week, we have one of the most important, but perhaps least remembered, Founders: George Mason.

Why does George Mason matter? After all, he was one of only three delegates to the Convention of 1787 who refused to sign the Constitution. But it is, indeed, that very refusal that tells us why George Mason matters: He is the Father of the Bill of Rights. It was Mason's vocal objections, and his work on the Virginia Declaration of Rights, that led to the drafting and incorporation of the Bill of Rights into our Constitution.

Even with the promise from the Federalists to include a Bill of Rights, Mason fought hard against ratification of the Constitution; his arguments failed to persuade enough Virginians to vote against ratification however. And his fervent and sometimes angry opposition to the Constitution in some ways destroyed his relationships with those who he fought beside for independence. In a letter to his son, he wrote that

You know the friendship which has long existed (indeed from our early youth) between General Washington and myself. I believe there are few men in whom he placed greater confidence; but it is possible my opposition to the new government, both as a member of the national and of the Virginia Convention, may have altered the case.

Indeed, Washington himself was bitter about Mason's opposition, and they never reconciled before Mason's death in 1792. Despite his opposition to the Constitution, however, is to George Mason that most Americans owed their first tastes of liberty under the new government and his Bill of Rights. You can learn more about George Mason from this excellent lesson provided by the Bill of Rights Institute.

Grab the PowerPoint slide featured at the top of this post: George Mason AFM

And of COURSE this Freedom Month don’t forget the Preamble Challenge from our friends at the Civics Renewal Network! Check it out today! 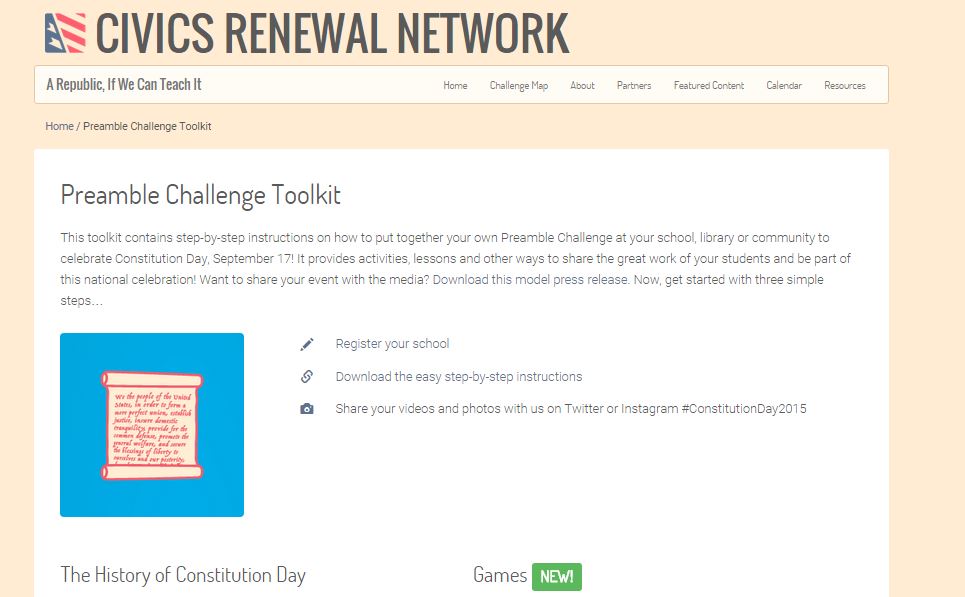